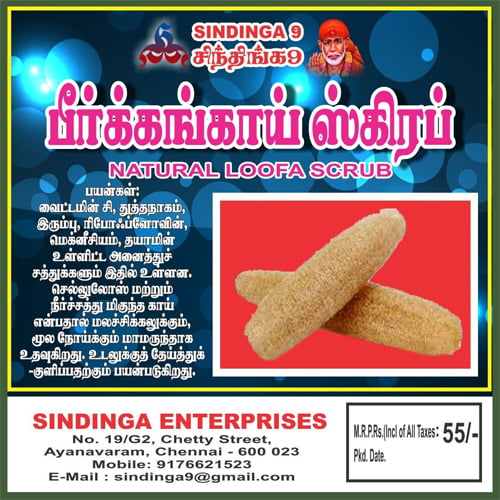 Some people think that “all-natural” loofahs are made of sea sponge or dried coral because of their coarse, spongy consistency. But natural loofahs are actually made from a gourd in the cucumber family.

Loofahs exfoliate and cleanse skin, but they aren’t the best shower choice for everyone.

Loofahs need to be taken care of properly so they don’t become carriers of bacteria that could make you sick. They can also damage sensitive skin.

Keep reading to find out what you should know about this popular shower sponge.

Luffa gourds are grown in tropical and subtropical climates. Before World War II, at the height of loofah popularity in the United States, many were grown and imported from Japan. These days, plants can be grown domestically or imported from nearly any warmer climate.

After the plant blooms, the flower develops into a long, gourdlike plant that resembles a giant cucumber or zucchini. The gourds are then harvested and can be left to dry out for up to six months.

Dried gourds are soaked in water, peeled, and their seeds are removed. Once they’re completely dry, they can be sliced, cut, or shaped in a variety of ways before they’re sold as sponges.

Loofah sponges from the luffaplant have historically been used as scrubbers. Benefits and uses of a loofah include:

Some people also swear by loofahs as household cleaning products. They can be used to scrub tiles, showers, sinks, and other hard-to-clean surfaces.

People love loofahs because they exfoliate your skin. Dead skin cells sometimes clump around the top layer of your skin, making for a duller and less youthful appearance. Loofahs scrub this layer off gently and without disrupting the young and healthy skin cells underneath.

This benefit can lead to some hidden risks. Once you hang your loofah up to dry in the shower area, it’s still technically collecting moisture or steam residue from your time spent using it. Dead skin cells lingering in a moist place is a recipe for dangerous bacteria to grow and multiply.

Loofahs haven’t been shown to grow most staph or strep bacteria, but they can become harbors for other bacteria on your body, including E. coli.

If you’re going to clean your loofah regularly and correctly, this won’t be an issue for you — though most people don’t.

Loofahs can also be too abrasive for some skin types. If you’ve ever noticed redness or irritation after using a loofah, your skin might be particularly sensitive to dermabrasion and exfoliation.

The coarse, somewhat brittle feeling of the loofah fibers may be too much and can damage skin over time.

After you use your loofah, you should pay attention to how you’re maintaining it each day.

Instead of simply hanging it in your shower or on a bath hook, use a dry towel to thoroughly wring out moisture and get it dry. Put it in a cool, dry place outside of your bathroom when you’re finished.

You should also clean your loofah every week. One older study concluded that regularly cleaning your loofah with a diluted water mixture of 10 percent bleach may reduce your risk of bacterial contamination.

Dip it in the mixture for 5 minutes. After cleaning, rinse it thoroughly with cool water and dry it out completely before putting it somewhere cooler to hang.

To use loofahs safely, you need to replace them often. Cleveland Clinic recommends throwing out your loofah every 3 to 4 weeks. Any sign of mold or a lingering musty odor are also signs to get rid of your loofah right away.

If you want to avoid spreading bacteria with your loofah, completely avoid using it in your genital area. Remember that the perineum is a place where E. coli and other dangerous bacteria sometimes grow, so don’t use a loofah on that part of your body, either.

You should also avoid using it when you’re freshly shaved. Your skin is compromised for several days after shaving and bacteria can get past your skin barrier.