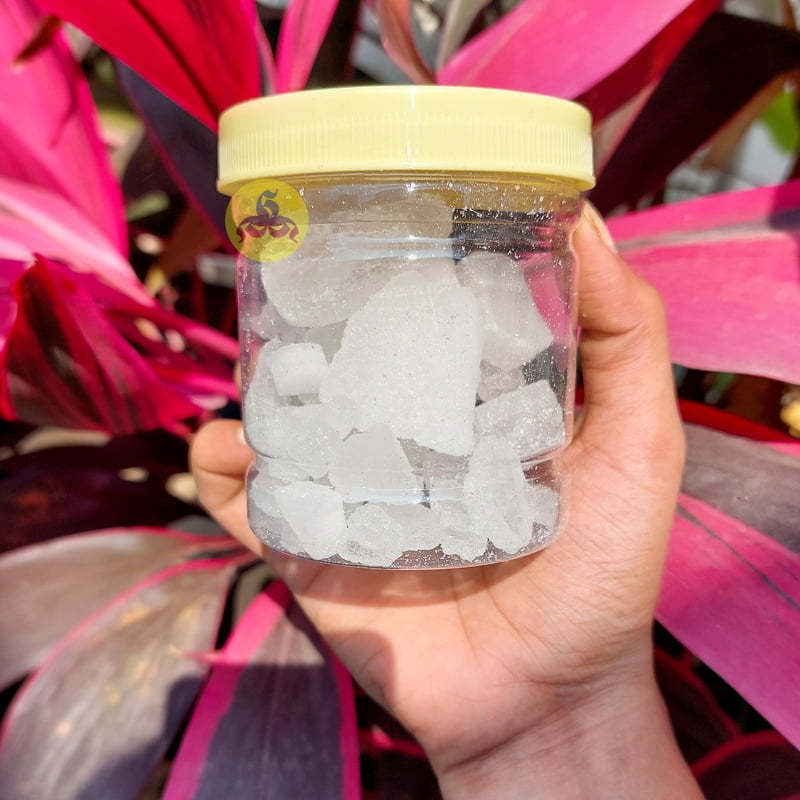 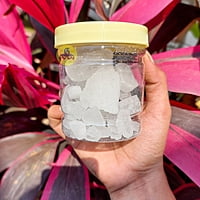 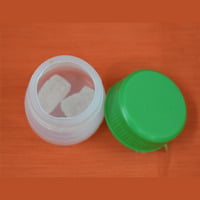 People who suffer from frequent gas problems can get relief after consuming edible camphor called 'Pachai karpooram' in Tamil, which is derived directly from the tree. It brings relief by preventing the formation of gas in the first place.

What is the use of Pacha Karpuram?

Camphor used in cooking in India is the 'edible camphor' and is known as Pachha Karpooram which means "green camphor”. Camphor is also used as a flavoring agent in various dishes. Camphor is of two types one is edible and the other is non-edible. It is the edible camphor that is used for making Ayurvedic medicines.

How is Pacha Karpooram made?

It is produced by distilling the wood and bark of the Camphor or Kapur tree. Camphor is used in room fresheners, essential oils, and religious ceremonies as even its fragrance can have a positive impact on our health. Edible camphor has also long been a part of India's culinary culture

Pachai Karpooram or Edible Camphor has long been a part of India's culinary culture. Loaded with wholesome qualities for the body, it is generally used as a flavouring agent in various sweets and desserts. Edible Camphor aids digestion and acts as a cough remedy.

Application of camphor or menthol separately induced increases in local blood flow in the skin and muscle. The present results indicate that camphor induces both cold and warm sensations and improves blood circulation.

1. Digestive problems: People who suffer from frequent gas problems can get relief after consuming edible camphor called 'Pachai karpooram' in Tamil, which is derived directly from the tree. It brings relief by preventing the formation of gas in the first place.

2.Inflammation:Camphor has immense anti-inflammatory properties, which make it an amazing addition in ointments and oils. Applying camphor oil on a wound can speed up the healing process and reduce swelling. Some common skin problems that can be treated with camphor include acne or pimples.

Relief from spasms: Camphor is an effective anti-spasmodic, which means that it helps a person experiencing spasms to get instant relief upon application. Camphor is effective in curing even the most extreme form of spasmoci cholera.

4. Common cold and flu: The distinct scent of the camphor helps ease nasal congestions and trigger an open and smooth airflow. Those people who suffer from frequent coughing can use camphor to seek relief.

5. Boosts libido: Camphor is an aphrodisiac that when consumed or inhaled, boosts one's libido by arousing those parts of the brain that are responsible for sexual urges and desires.

6. Osteoarthritis: There is enough evidence to prove that the severity of osteoarthritis symptoms reduce by about half when one applies camphor to the skin and over stiff joints. Researchers firmly believe that camphor is the ingredient in the most ointments that improve arthritic conditions and joint pains.

7. Stimulates hormones: Camphor works as an efficient hormone stimulator that helps in increasing libido as well as sex drive. Men who suffer from erectile dysfunction can apply camphor externally. This will stimulate the nerves and allow adequate amount of blood circulation in the area.

8. Improves blood circulation: Camphor works effectively in stimulating and improving blood circulation throughout the body. This, in turn, ensures that the heart stays healthy and the body keeps fit.

9. Nerve disorders: Over the years, research has shown that camphor is an effective treatment for nervous disorders, convulsions, epilepsy and muscular contraction. Patients who suffer from such conditions must always consult the doctor before consumption because an excess of it can be counter-productive.

Apart from the above mentioned uses there are many other uses and benefits of Pachai Karpooram which can be felt while using.