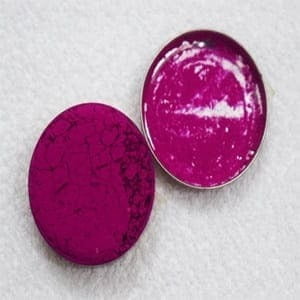 Pink Kumkum is applied on the forehead, offered to deity idols and used during puja & religious ceremonies.

How is Kumkum Made?

With kumkum, do not be distracted by the color. Kumkum is made with turmeric and lime. That is, if it is properly made, such as the kumkum from Linga Bhairavi. Unfortunately, in many places, it is just chemical powder.

Turmeric has phenomenal benefits. It is treated as auspicious in this culture because it has a certain quality that can be used for our wellbeing.

Why Do Women Wear Kumkum?

The important thing is that it is turmeric. Applying it has certain health and other benefits. Another thing is it is used as a symbolism in the society. If a woman is wearing kumkum, she is married – that means she is not approachable.

This is just an indication, so that you do not have to tell everyone. In the western world, if someone is wearing a ring, you know they are married. Here, the symbolism was that if a woman is wearing toe rings and sindhoor, that means she is a married woman. She has other responsibilities. Socially, this is a way of organizing a situation where there is a clear marking, a social way of discerning who is who in the society.

After applying kumkum, the ability to attract the Shakti Principle is generated in the woman:

Effects of applying kumkum on the forehead of a woman

Apart from the above mentioned uses there are many other uses and benefits of Pink kumkum which can be felt while using.